EVENTS COMING UP FOR JANUARY & FEBRUARY

EVENTS COMING UP FOR JANUARY & FEBRUARY

After all the hectic running around at Christmas & New Year, the quiet days of January provide a welcome respite…but that doesn’t mean things aren’t happening!

I can report that the Pipe Bridge (carrying oil) straddling the Llangollen canal, just a few yards from the entrance to the marina, has now been removed. This pipeline was laid during the second World War to transport oil from Stanlow refinery to London. The section of pipeline at Swanley has now been relocated underground and below the canal. It’s been fascinating to watch the engineering involved in its removal and Darke Engineering, who have managed the whole project, are giving us a talk about all that’s been involved, which should be very interesting. Nicholson maps are going to have to edit out the Pipe Bridge when they come out with their next edition of the Four Counties & the Welsh Canals – history in the changing and making. 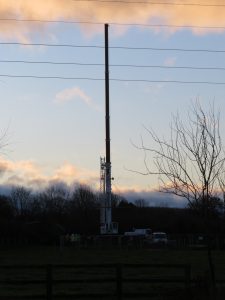 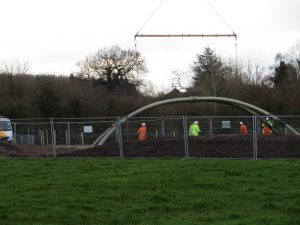 It takes a BIG crane to lift a BIG bridge.

Talking of history, we’ll be revisiting the 17th Century and the Civil War, when the Sealed Knot Society will be re-enacting the Battle of Nantwich on Saturday 25th January 2020. This is an annual event known as Holly Holy Day, due to the laying of holly wreaths. You’ll find Roundheads and Cavaliers crossing swords in the afternoon and then being best mates in the pubs after the battle – you’ll be relieved to know there are no fatalities and wounds, if there are any, they’re only superficial! –  Look away now if you don’t want to know the final score: Roundheads 1 – Cavaliers 0

same old, same old every year. But seriously, it’s a great day out and the event starts in and around the centre of Nantwich square at:

Also, listen out for the discordant bell ringing from the church – it’s really unusual and once heard, never forgotten.

HEADS UP FOR FEBRUARY…

DRAINING THE PONTCYSYLLTE AQUEDUCT – I spoke to CRT to see if they have a confirmed date for this event, which only happens every 10 years, so far they can only say early February, but they will be publicising the date on the website and social media platforms when they have a confirmed date for pulling the plug. The ‘Stream in the Sky’ turns into the ‘Waterfall in the Sky’, the water cascades down 100 ft into the river Dee below. The empty trough reveals the fantastic construction of this World Heritage piece of engineering. Essential maintenance work will be carried out and the aqueduct will be open for business in time for the new season. 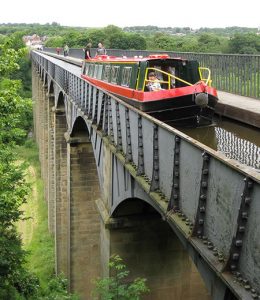